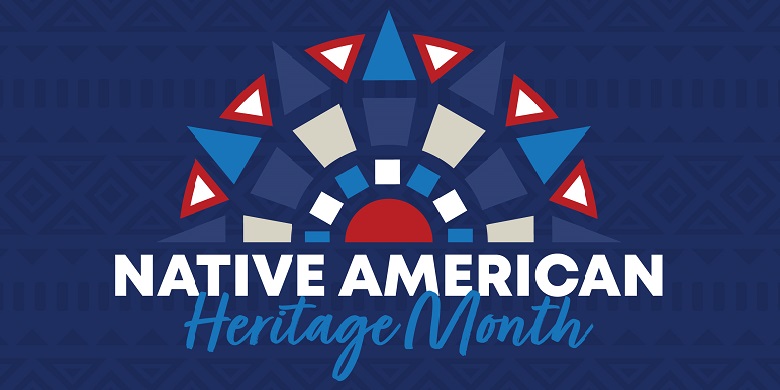 Published by Dallas College on November 1, 2022

In honor of National Native American Heritage Month, the Office of Diversity, Equity, and Inclusion for the Dallas College system acknowledges the many contributions, lived experiences, heritages, and rich tapestry of indigenous communities throughout the United States. Indigenous, or native peoples, are the original explorers, occupants, and settlers of what became the United States of America, prior to its formal establishment as a new nation. To date, there are 574 recognized tribes and over 150 languages spoken within, across, and between native peoples.

National Native American Heritage Month had its origins in 1986 when Congress passed Pub. L. 99-471 (PDF, 93KB), which authorized and requested the President to proclaim the week of Nov. 23-30, 1986 as “American Indian Week.” Please note that the use of “American Indian” is outdated, viewed by many as derogatory, and should not be used in layperson speech. Noted by the U.S. Library of Congress, and as directed by Congress, “President Reagan issued Presidential Proclamation 5577 in November 1986 proclaiming the first [Native American Heritage] Week.” Both law and proclamation recognized [Native peoples] as the first inhabitants of the lands that now constitute the United States as well as making mention of their contributions to American society:

Many of the foods we eat and the medicines and remedies we use were introduced by [Natives] and more than one highway follows a [Native] trail.  [Natives] make contributions in every area of endeavor and American life, and our literature and all our arts draw upon [Native] themes and wisdom.  Countless [Native, indigenous peoples] have served in our Armed Forces and have fought valiantly for our country.

Four years later, Congress passed Pub. L. 101-343 (PDF, 211KB), which authorized and requested the President to issue a proclamation designating the month of November 1990 as “National American Indian Heritage Month.” Congress chose the month of the November to recognize Native peoples and their multifaceted, multidimensional heritages as this month concluded the traditional harvest season and was generally a time of thanksgiving and celebration. Thus, for the past 30 years, the United States has celebrated and honored native settlers throughout the month of November.

The Office of Diversity, Equity, and Inclusion at Dallas College is proud of the work, contributions, creativity and activism of our Indigenous community members both past and present.

(Note: This article was originally written by Dr. Jasmine D. Parker in October 2020 for the Berklee College system and appears here as a reprint with permission.)