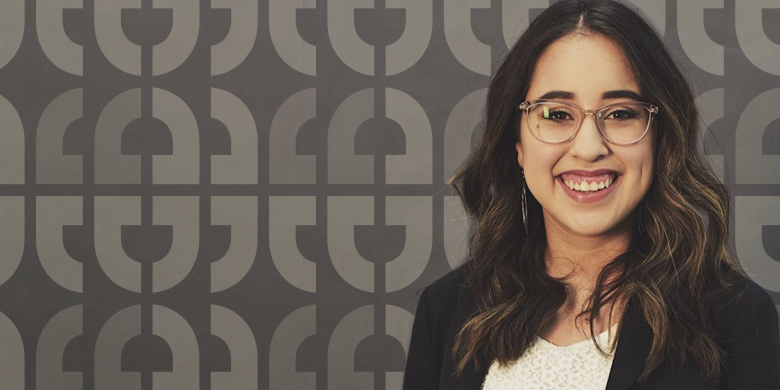 Published by Dallas College on January 27, 2021

Liliana Cruz wasn’t exactly sure what she’d gotten into when she got the news in December.

She’s still not entirely sure, to be honest.

“When I was asked to apply, I didn’t know what I was applying for,” Liliana said, laughing. “My advisors just told me, ‘You would be great!’ This is all new.”

She was applying to be a member of the debut #RealCollege Student Leadership Advisory Council (SLAC), an initiative created by The Hope Center for College, Community and Justice. In the words of the late civil rights leader and U.S. Rep. John Lewis, SLAC aims to create “good trouble” to improve higher education.

That’s especially true given the newly formed SLAC’s makeup. Liliana was one of just 23 college students chosen from around the country to be on the council. More than half the students selected identify as female, and almost 90% of the council are people of color, including Liliana.

“But being an education major, when they told me they want to focus on students who have financial problems, situations at home, it really caught my attention,” Liliana said. “Just because I come from a single[-parent] family. My mom worked her butt off to do everything.

“And yes, I have had some financial help, but I am a first-generation college student. It’s hard navigating where I need to go, and I’ve had to figure out a lot of things on my own. So that’s why I stepped into this position.”

Liliana’s advisors, Brian Borski and Clara Saenz, encouraged her to apply for the SLAC. Both are advisors for the Brookhaven Student Government Association.

“I don’t know why they chose me, honestly,” Liliana said, laughing. “Brian and Clara have always been a rock for me. I’m not a big fan of school. The reason why I’m here and doing all these meetings and interviews and whatnot is because of them. They saw something in me.”

Liliana has given her advisors plenty of reasons to believe in her throughout her time at Dallas College, which will culminate with her graduation in May.

After not doing much aside from going to class at Brookhaven Campus during her first year, one of Liliana’s friends convinced her to become more involved. So last year, she joined the Student Government Association (SGA) and became the public relations officer. For the 2020-2021 school year, she became the SGA vice president for the Brookhaven Campus.

“So, walking into this year, I was really excited,” she said. “When the pandemic hit in March, I thought, ‘Well, maybe it’ll be over in a month or two.’ But it was strange.”

After Liliana graduates, she’s planning to transfer to Texas Woman’s University to get her bachelor’s in education with a minor in teacher education. At some point, she also plans to get her master’s in teacher administration to become a principal or director at a two-year institution.

But Liliana actually started as a nursing student.

“And then I took a few science classes, and I decided, ‘This isn’t for me,’” she said, laughing. “It took me a while to accept that I wanted to become a teacher because I’m not a big fan of school. So, the fact that I’m saying I’m going to school to become a teacher when I hated it is really shocking to me.”

Members of the SLAC receive a $1,000 stipend each semester. The council meets once a month to further The Hope Center’s #RealCollege movement, a five-year effort to increase the availability of support for college students’ basic needs. That aligns with Liliana’s aspirations.

“I think my goal with becoming a future educator is to motivate students as they go through the educational journey,” she said. “And help them understand that, yes, there are going to be tough situations. So, I think my goal [with the SLAC] is to help motivate future students to really follow what they want to do and not be afraid of the obstacles that might come when they’re doing what they love.”