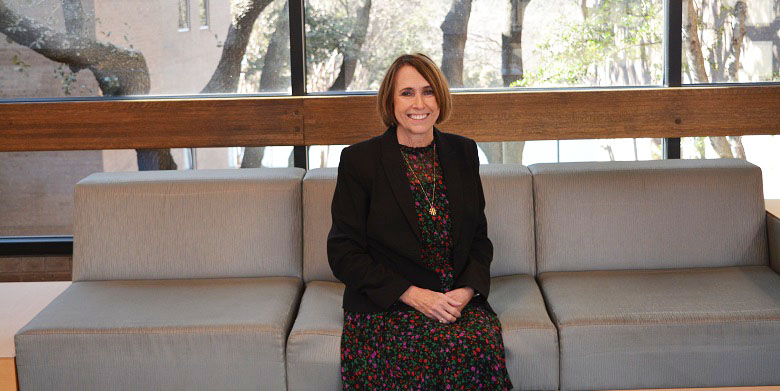 Published by Dallas College on January 18, 2023

Nancy Westbrook, pathway specialist lead with the School of Business, Hospitality and Global Trade, recalls the day she met Stanley, a 32-year-old truck driver who reached out to her to get help registering for classes. He wanted to set an example for his son who would soon be graduating high school.

“I helped him get into classes, and every question he called me no matter what it was,” Westbrook said. When Stanley’s son was finally ready to start college, Stanley again reached out to Westbrook who was happy to help.

Later, he called again: “Would you help my wife?” he asked, “She wants to go back to school.”

A few weeks later Westbrook got another call. “Would you help me get my ex-wife started?” he asked.

Westbrook assisted the entire family because of the relationship she had built with Stanley. Later, after his son had graduated, she found out that Stanley had died in a drowning accident, but she will never forget the impact he made.

Today, Westbrook leads a team of six pathway experts who guide students on the opportunities and potential pathways that exist in the School of Business.

“If a success coach has a question from a student regarding the School of Business, we have the answer or we can find it for them,” said Westbrook.

The role is a perfect fit for Westbrook. “Business is my passion,” she said.

She first launched a career in business by starting her own company in 1984 with a group of friends. FormFill, Inc. created computerized forms for real estate appraisers. At the time, real estate appraisal forms didn’t allow the use of Wite-Out to correct typing mistakes.

The initial business idea came from a real estate appraiser, who saw a need for a form that could be easily corrected, and a computer programmer, who created the software.

“We sent the form out to 600,000 appraisers all over the U.S. That’s how the business started,” said Westbrook.

Westbrook led the company for nearly 20 years before eventually selling it to Polaroid.

With her business venture behind her, Westbrook found herself looking for a new opportunity. “I was out of job for a year,” she said. “Nobody wants to hire somebody who is President/CEO of a company.”

Eventually, she found a receptionist position with LeTourneau University’s Austin-based campus. Westbrook said, “They thought I’d be there for a year. But what they didn’t know is that I’m very loyal.”

Westbrook remained at LeTourneau for 15 years. In that time, she was promoted to an admissions counselor position where she did everything from assisting prospective students with the admission process, to advising them all the way through graduation. That’s where she found a passion for helping students.

A move to be closer to her daughter and granddaughter brought her to Dallas — and to Dallas College — where she started as a senior academic advisor for dual credit students before becoming an enrollment services representative.

Today, Westbrook couples her business knowledge with her higher ed advising experience in her role as a pathway specialist. Relationship-building and networking are what she enjoys most in her work — whether it’s connecting with the deans, faculty or, most importantly, students like Stanley and his family.

“He’ll stay with me forever,” Westbrook said of Stanley. “That’s the kind of relationship and contact that I like having with students. I want to make a difference.”