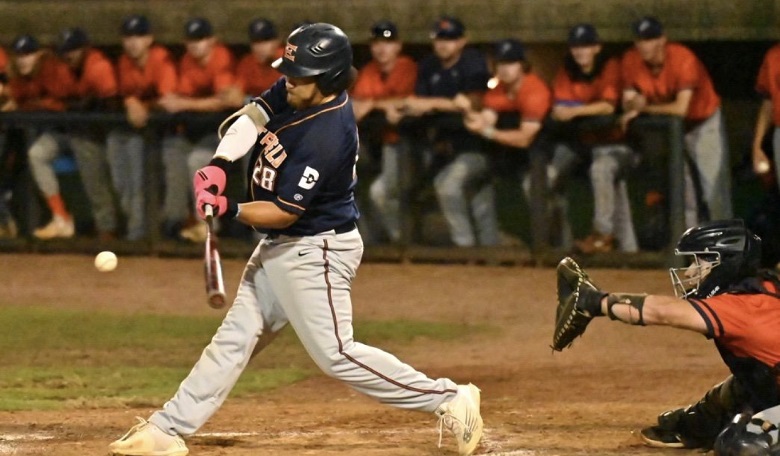 Dickens was named the 2022 NJCAA Division III Baseball Player of the Year, producing at the plate and on the mound for a team that finished runner-up at the NJCAA DIII World Series. Along with his player of the year title, Dickens earned first-team All-America and DIII World Series all-tournament team honors.

Dickens’ impressive season even caught the attention of KFDX-TV in Wichita Falls as his hometown station featured him on a newscast recently.

“I love all the accolades. It was definitely a fun ride,” said Dickens, who was a standout high school player at Iowa Park before joining Eastfield. “But nothing was more exciting than going to Tennessee and playing in the World Series. It was a lot of fun.

“Being with my teammates on a 17-hour bus ride, staying in hotels together, you bond really well. I think that is going to help us next year with the players that are coming back.”

Dickens is among the most notable players expected to return. He’s a rare two-way player at this level.

Along with his terrific offensive numbers, Dickens pitched well with a 12-2 record and 3.63 ERA in 14 starts. The 12 wins ranked second most in the country. He struck out 90 batters in 79 1/3 innings.

“Chris is a special athlete,” Eastfield baseball coach Michael Martin said. “We’ve had a very successful program for many years and he did some things that no other player has done. He was one of our best pitchers and he anchored our lineup. He exemplifies all the characteristics of a ballplayer that a coach hopes to have.”

Being a two-way player is something that Dickens prides himself on.

“It’s definitely a dying breed,” said Dickens, a right-handed pitcher and infielder. “I love hitting when I pitch. It takes my mind off the last inning. I can flush it if it was a bad inning. Also pitching helps me at the plate. As a pitcher you think about what is coming next, what would you throw here, so it definitely helps you.”

Dickens batted primarily in the three- or four-hole for the Harvester Bees. He shined during their World Series run in Greeneville, Tennessee, batting .400 with eight RBIs and two doubles over the stretch. He also impressed on the mound with five strikeouts over six innings in Eastfield’s 11-5 victory over Niagara County (New York) Community College in the first round.

For Dickens, the season went about as well as possible. He joined with visions of competing for championships as the Harvester Bees did once again.

“This is a place I came to because we were going to win,” Dickens said. “I love the way coach Martin runs the program. We love to win. I definitely saw that in him and in the program. That was one of the deciding factors for me.

“I love the game more than life itself. I’ve played baseball since I could walk. Every weekend, I’m at the baseball fields. It’s my true love.”