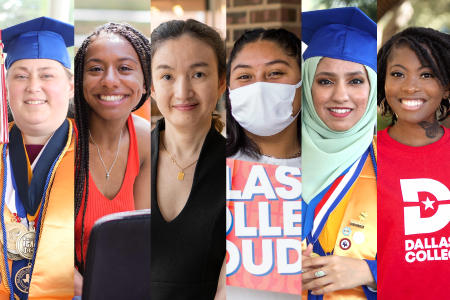 Discover the Extraordinary Women of Texas

Published by Dallas College on February 28, 2022

Celebrating Women’s History Month, we don’t have to venture far to view inspiring women with notable accomplishments who have played a vital role in the history and culture of our own great state and far beyond.

Texas women have marched, rallied and blazed trails to make their voices heard. From politics to business and education to home and hearth, the women of this past century and throughout history have set the standard and paved the way for those to come.

A few of our influential Texas women include:

This is only a sampling of our accomplished and inspiring women. Extraordinary Texas women are all around us. They are our neighbors, colleagues, mentors, who may never make some list or gain recognition, but whose impact will be felt for generations to come.