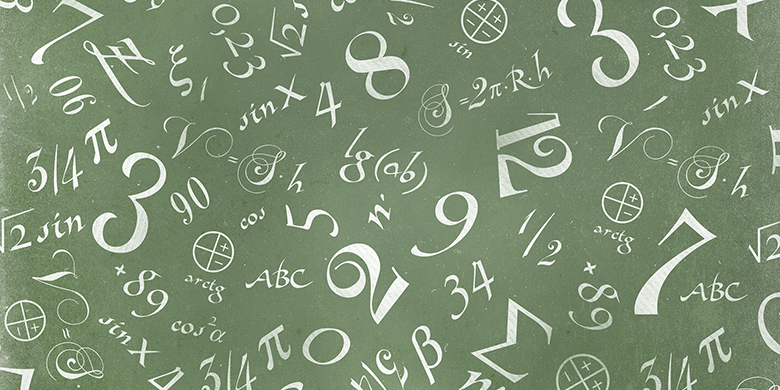 Recent DCCCD graduate Soufiane Abbadi has taken major steps towards solving a numerical problem which has puzzled the most brilliant mathematicians for centuries: the nth prime.

“Throughout history no one has been able to make an exact algorithm for all the prime numbers,” says Soufiane. “Which makes those numbers…one of the enormous topics in mathematics.”

Back to the Beginning

Since he was a young boy, numbers have always fascinated Soufiane. To him, the universe is made up of sequences and series of numbers and everything can be explained by their existence.

“Wherever there is a number, there is beauty,” explains Soufiane, quoting Proculus. “So I am just following the beauty.”

In 2013, Soufiane’s pursuit of beauty led him to leave his home in Morocco to study mathematics in the United States. A higher education symbolized opportunity and adventure to Soufiane. So he packed his bags and headed for Richland College in Texas.

From learning how to use Math Lab software to comprehending the concepts of vector algebra, Richland College provided Soufiane with new challenges in his math studies. The school also provided Soufiane access to professors and classes on seven college campuses thanks to a unique community college consortium through DCCCD. Soufiane decided to register for Linear Algebra at Richland’s sister college, El Centro, where the course was being taught by Professor Mike Panahi.

“He saw I was a good student and he pushed me to write research papers,” explains Soufiane, whose first research paper tackled Newton methods and chaotic behavior. “I am very grateful to him.”

Soufiane’s mathematics research didn’t end there. With encouragement from his professors, Soufiane took his findings further: to the 95th Annual Texas Section Meeting of the Mathematical Association of America in San Antonio, where his presentation “Approximation of the nth Prime,” took third place overall.

“It was a big event with students from across Texas and the United States, each from different colleges and universities,” says Soufiane. “They were from both graduate and undergraduate level.”

Soufiane’s presentation topic, prime numbers, is one of the hardest topics in the history of mathematics. It has mystified math’s greatest minds for centuries. Soufiane teamed up with his classmate Colin Harrington to try to find a better approximation for the prime numbers, which the duo achieved thanks to their hard work and help from professors Kambiz Mansour and Mike Panahi.

“Whatever your situation in life, just go to school and try to learn something,” reflects Soufiane. “And love whatever you give time to. If you give time to your career field, it will give back to you in the future.”

This fall, Soufiane will begin classes at the University of Texas at Arlington, where he plans to continue his research about the approximation of prime numbers. He hopes one day to make math history.

Note: The 2018 Texas Section Meeting of the Mathematical Association of America will take place at El Centro College.

Do you enjoy numbers as much as Soufiane?

Find Out More About Math Programs at DCCCD