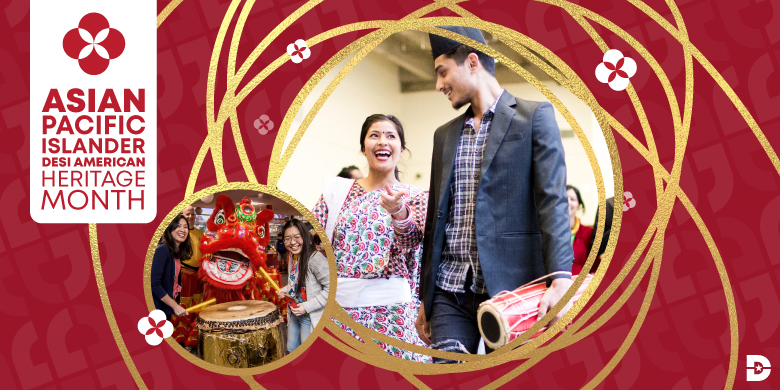 A date set aside

Congress designated the month of May to commemorate the arrival of the first Japanese migrants to the United States on May 7, 1843, as well as the contributions of the Chinese immigrant laborers in the completion of the transcontinental railroad 26 years later on May 10, 1869. A congressional bill was signed into law in the late 1970s that established a commemorative week. The celebration was extended to a month in 1990.

The inspirational stories of members of the APIDA community are innumerable. One such respected icon is photojournalist and gifted poet, Jun Fujita, who was born in Japan in 1888, moved to Canada when he was a teenager and eventually established himself in Chicago, Illinois. He is recognized for the inclusion of his tanka poems (poetry written in a minimalist Japanese form) in prestigious literary journals; as well as the construction of a rustic cabin (in alignment with Japanese architecture) that he built on Rainy Lake, Minnesota. It was added to the National Register of Historic Places in 1996.

Equally inspiring is the first U.S. born Chinese American woman to earn a pilot’s license, Leah Hing. She became a skillful flier and was able to join The Ninety-Nines in 1939, an organization for women aviators founded by Amelia Earhart. Hing worked with the West Coast Civil Air Patrol During World War II, and, after her flying career ended in 1941, she continued helping the elderly and immigrant populations (National Park Foundation, 2021).

These two examples are only a taste of the thousands of remarkable stories of tenacity and triumph accomplished by the Asian American community, but they do not express the barriers and prejudices the APIDA community still faces. As Tom Mullaney, professor of history at Stanford University stated, “No single article could ever hope to chronicle the contributions of Asian immigrants and the [APIDA] community to sci-tech infrastructure of the U.S. and the world” (Quartz, 2021).

It should be noted that several technological advances that people enjoy today were started by Asian immigrants. Taiwanese American Jerry Yang co-founded Yahoo: while Indian American Sabeer Bhatia co-founded Windows Live Hotmail, later called Microsoft Outlook. From their extensive contributions in the medical field and culinary arts, the introduction of different martial arts techniques to their activism in the civil rights movements, Asian Pacific Islander Desi Americans will continue to shape the future of the United States (Study International Staff, 2021).