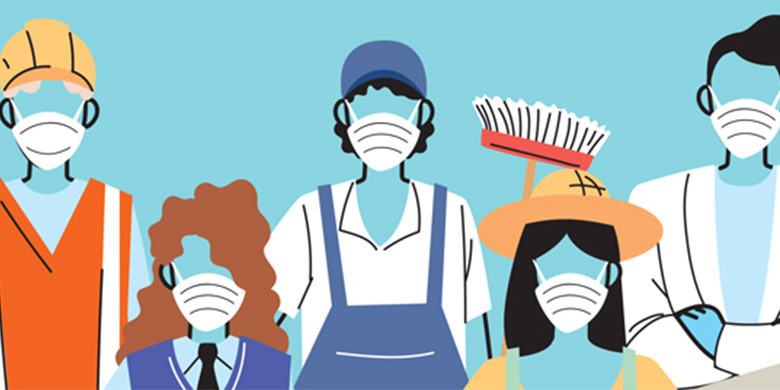 ALICE is an acronym used to describe Asset Limited, Income Constrained, Employed individuals (ALICE). Or families and individuals who struggle to earn above the federal poverty level. You will notice that ‘employed’ is a component of the ALICE program included by the United Way, but these households barely make enough to cover their expenses like food, housing, childcare, transportation and other essential survival needs. People who identify with ALICE are typically working-class individuals and families struggling to make a living wage.

A job is not a safeguard from underemployment, unemployment, salary gaps and economic distress. The type of job, the kinds of work and education level of individuals contribute to why many families struggle to make a living wage and build wealth. These factors, when compounded by one’s gender identity, gender expression, marital status, parental status, age, racial identity, military status and sexual orientation, among other identity markers, magnify the depth of who remains underemployed and underpaid throughout their careers. Persons on the lower end of the economic ladder are categorized as “working poor” and ALICE families.

Here are some alarming statistics to reinforce this point:

The unfortunate reality is that more and more marginalized, underserved and historically excluded communities are remaining or sliding into the ALICE category. This underemployment crisis hit staggering numbers since the global pandemic caused by COVID-19 two years ago with such communities not yet able to fully recover.

People considered to belong to ALICE any person who is working yet not earning enough to survive, much less thrive. With the rising costs of living, inflation and other economic concerns, society has witnessed and continues to watch more than 35 million persons in the United States go without having their daily basic needs met. Further, before COVID-19, approximately 42% of families were unable to meet their needs. A recent report, The Pandemic Divide: An ALICE Analysis of National COVID Surveys, revealed “that ALICE families fared significantly worse than higher-income households during the pandemic – financially, physically, and emotionally.”

In observance of National Financial Literacy Month, we encourage the Dallas College community to take a moment to not only become more aware of “working poor” individuals and ALICE families in your community, but to also take meaningful steps to help lighten their load. Dallas College employees at the Administration Office, LeCroy Center and Bill J. Priest Center locations can make donations to their campus-run food pantries via the donation boxes at the entrances to their workplaces. Additional donation boxes on our seven campuses will also be available and managed by the Basic Needs and Community Connections Team.

There are numerous ways you make a difference with a little creativity and action. Acts of kindness and access to resources can go a long way in extending a helping hand to a person that is struggling.