Home » Community » We All Can Serve: Black Leaders, Philanthropy and Community Ownership 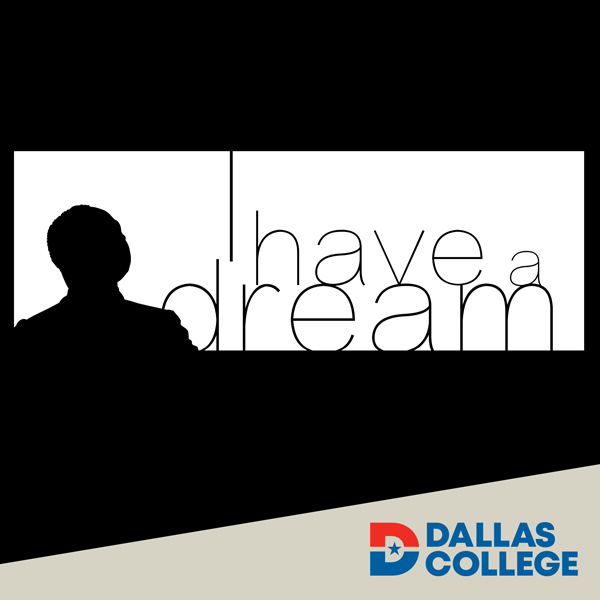 We All Can Serve: Black Leaders, Philanthropy and Community Ownership

Published by Dallas College on January 13, 2022

This article was written by the Dallas College Office of Diversity, Equity and Inclusion.

Dallas College celebrates the rich and diverse tapestry of our community members, their heritages, customs, practices and values. We are committed to highlighting topics that will advance our knowledge and understanding to bring about greater inclusion and community-based belonging.

Chief among these goals is amplifying largely untold histories of people within our community who have been placed on society’s margins. This month, we celebrate the great strides, perseverance and leadership of Black organizations and individuals who have helped us to collectively move closer toward a more just nation for all of us. We encourage dialogues that help us to not only grow our understanding and empathy toward others, but that also support personal growth and exploration.

Exercising Leadership in Any Capacity

Leaders are often thought of as people in particular professional positions with authority who embody power over a group of people. While that may be one version of leadership on an organizational level, everyone can exercise their leadership in any capacity – one on one with a friend, as a member of a school club, by volunteering at a community organization or advocating for a community’s right to civic engagement.

Fundamentally, leadership is about caring for and about others, giving of yourself and whatever resources you have access to in support of furthering a cause, while leveraging your influence to have others follow you on that journey. Transformational leadership is about having a vision of a better future for everyone that propels people to be a part of a movement.

A perfect example of ardent leadership is Martin Luther King Jr. and his dream for America.

The famous “I Have a Dream” speech delivered by the Black American civil rights activist and reverend Dr. Martin Luther King, Jr. at the March on Washington for Jobs and Freedom on August 28, 1963, is still relevant today. His dream for everyone to be treated equally is one that many people, particularly those within communities of color and groups historically excluded or devalued, long to see become a reality. While Martin Luther King Jr. lit a spark within the souls of many six decades ago, this flame continues to fervently burn in the hearts of citizens, community groups and organizations today. The call for equity and just treatment for all persists.

Who Feels It Knows It: Giving in the Black Community

Many citizens who feel the daily impact of racial discrimination and social injustice are people who have been targeted based on one of more perceived identity markers, be it race, color, ethnicity or other social constructs. Such forms of othering and discrimination are acutely felt by members of the Black community.

Statistically, four out of every 10 Black Americans have feared for their life because of intimidation or threats of violence against their personhood at some point in time, 35% of Black people have been denied basic necessities like jobs and housing, and millions of Black Americans have also been negatively impacted by restrictive voting rights.

Often, those who rise to the ranks as leaders have firsthand experience with overcoming barriers and stigma. This is true of well-known people like Martin Luther King Jr., Malcolm X and the late Congressmen John Lewis, and relatively unheard-of leaders like Yvonne A. Ewell, Juanita Craft and Mountain View’s own professor and activist Rhett James.

In a recent blog by Tides about Black philanthropy it was noted that, “Despite the systemic exclusion of the Black community from opportunities to build wealth and attain economic mobility in the U.S., the Black community has constantly embodied a love for humanity and a habit of consistently giving in monetary and nonmonetary ways.” Due to families being ripped apart during institutional slavery and a generational necessity to survive, the Black community has developed a culture of giving, from creating familial ties beyond blood relations, coming together to create collective progress on a grassroots level through a strong faith community, mutual aid and organizing movements that further the needs of the Black community — and thus society at large.

While the culture of giving in the Black community is grounded in the “love of humanity” where sharing, bartering, looking out for each other and nonmonetary ways of giving back are valued, contrary to popular belief the Black community over indexes in monetary contribution even though it is the most underserved of all communities. The W.K. Kellogg Foundation reported that “nearly two-thirds of African American households donate to organizations and causes to the tune of $11 billion each year.” Giving in the Black community is about having a dream, collectively creating a chance, amplifying voices, sharing insight and exercising voting rights to create a better life, not just for Black people but for everyone.

Rethink the Meaning of MLK Day

If you have typically taken advantage of Martin Luther King Jr. Day by taking some time off, his daughter Bernice A. King, a renowned reverend in her own right, encourages all of us to “galvanize people across this nation, and even across the world, to commemorate [her] father’s life and his teachings with a day on, to educate, advocate and yes,…to activate.”

We have all heard the saying “Put your money where your mouth is.” Let’s activate ourselves and our community by engaging in service work for the greater good of our city, state, nation and global society. Consider participating in one of the following efforts:

Donate to The King Center

MLK Fest: Keep Up the Dream — A Community Clean-Up Event

Frisco Day of Service Honoring the Legacy of Dr. King

Dallas College is committed to diversity, equity and inclusion. We continue to encourage our community members to act and treat each other with empathy and compassion. Let’s live our mission and values by honoring our differences, embracing our distinct cultures and uplifting each other. We are one team!