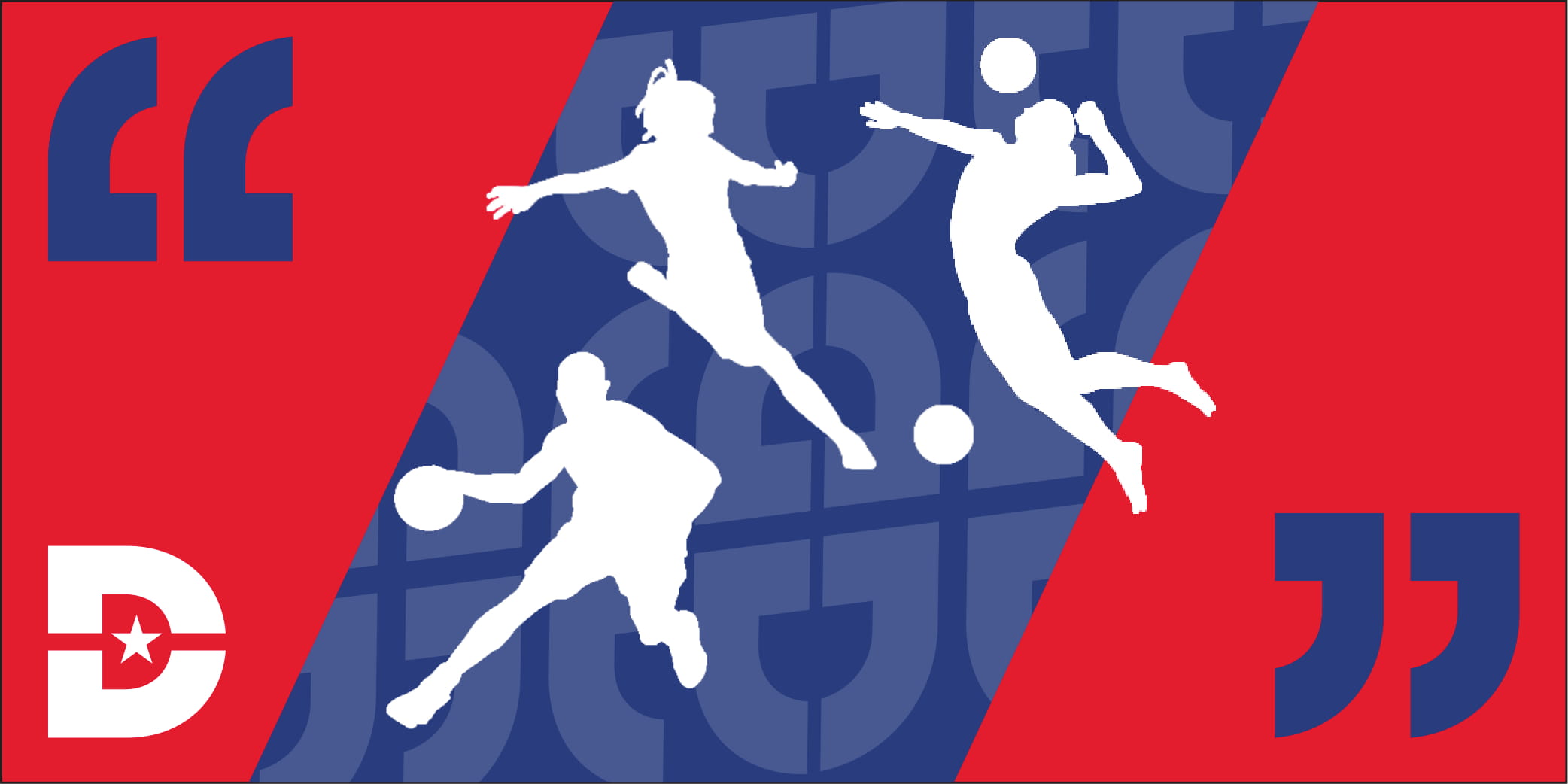 Dallas College Coaches Prepare for a Fall With No Games

It’s been a hectic few months for Dallas College head coaches, particularly those whose teams normally play during the Fall semester.

On top of recruiting and navigating the transition from seven separate colleges into one, those coaches have also had to deal with the COVID-19 pandemic’s impact on their upcoming season.

In July, the National Junior College Athletic Association (NJCAA) announced a majority of competition will be postponed until the spring. For Dallas College, that impacts 25 volleyball, men’s and women’s soccer and men’s and women’s basketball teams. Instead of preparing for upcoming games, Dallas College coaches are figuring out how to engage their student-athletes and deal with unusual timelines.

“COVID didn’t just hit the Cedar Valley Campus or just our program. This is across the world,” said Cedar Valley women’s basketball coach Latasha Roach. “As of right now, we’re not doing anything in the fall, and I get it and I support it. I’m a mother, so I’ve got to come back home to my kids. I’m ready to get back out there, but I’m all for us not getting started or doing anything in the fall.”

As of August, spring sports remain intact, with minor adjustments to schedules. The schedule changes are going to make for a hectic spring for both coaches and student-athletes.

“The crazy part’s going to be the spring,” said Eastfield men’s basketball head coach and athletic director Anthony Fletcher. “We’re basically going to have a game every day. We’ll have potentially four teams playing at one time. It’s going to be a little crazy, but that’s OK.”

None of us have lived through a pandemic before, so there isn’t much experience to draw on as coaches begin a very unusual Fall 2020 semester.

“My biggest issue I had was when I was in high school out in California and we had the earthquake,” Eastfield volleyball head coach Brandon Crisp said. “It didn’t affect us nearly as much as this, but our gym was destroyed. That was my sophomore year, and I never played at my high school again.”

Other coaches have never been in a situation at all similar to this.

“Not even close,” said Mountain View volleyball coach Jana Bonds, laughing. “I just want to try to make it the best year or semester possible, especially for my incoming freshmen. Just try to develop their skill and keep them engaged.

“My biggest fear is that fall comes and goes, and we hit January, and they’re like, ‘Well, I’ve been home all this time online. Why not just stay?’ Or the parents say, ‘I’ve saved this much money’ because we don’t have dorms. My girls come up to Dallas and they get apartments. So, their parents are having to come up with money for that.”

A common sentiment coaches continue to express is the need for the health and safety of student-athletes to be at the forefront going forward. With that comes the responsibility coaches have to keep their players engaged this semester.

“If we’re not able to practice, we’re going to be interacting with our students,” said North Lake women’s soccer coach Adrian Gonzalez. “We need to make sure they’re involved in their classes and make sure they’re maintaining their GPA so they can be eligible to play in the spring season.”

Taya Fowler, an incoming freshman on the North Lake volleyball team, has already made the trip up to Dallas from Colmesneil in Southeast Texas.

“I do struggle with it, especially because home is four hours away,” she said. “But, you know, I wouldn’t want to be anywhere else. This is a great place. Especially when my teammates get here. It’s going to be a really good environment. And I really do love North Lake. I love everything about it.”

Because of the circumstances, Taya has had to train on her own.

“Luckily, my apartment has a gym that is open, so I make sure to hit the gym every day. It’s so important,” she said. “And that’s what I tell my teammates. I try to be as encouraging as I can. Just to be positive at this time.

“I just have to remind myself that this offseason — we shouldn’t look at it like a setback. Rather, we should use it to our advantage.”

Taya’s head coach at North Lake, Cathy Carter, says all the changes are going to have a big impact on recruiting and the next offseason as a whole.

“We have our club volleyball that plays in the spring, and it’s going to be happening at the same time,” she said. “And I’m actually in a crisis with that right now trying to figure out if I’ll be able to coach club and coach college just because I love to coach these club girls, and I don’t know if I’ll even be able to do that.”

Club teams provide a lot of recruiting opportunities for Dallas College coaches, but right now, there’s no way of knowing how the pandemic will affect that aspect of the job.

“The recruiting issue is the biggest question mark because the clubs are our hotbed for recruiting,” said Brookhaven women’s soccer coach Jimmy Elder. “Our season won’t start until March, so we’ll have a lot of time to recruit. But if the clubs can’t do their showcase events and the high schools can’t play their season, that’s when it’s going to get a little tricky.”

Regardless, getting through the next year or so is going to take a toll on both coaches and student-athletes academically, physically and mentally.

“We thought 2020 was going to be the most challenging year,” Cathy Carter said, “but I think 2021 is going to hit everybody in this situation so much harder.”