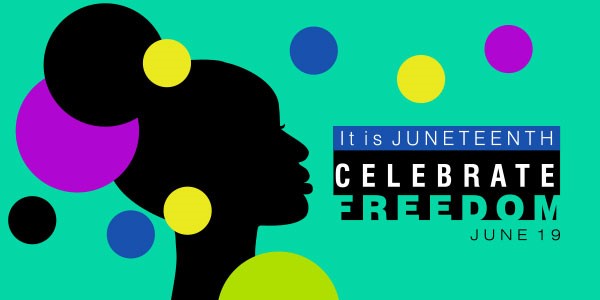 Over the past few weeks, we have witnessed widespread unrest and cries for social justice across the country. So, for the first time in our history, we want to acknowledge and celebrate Juneteenth together as a district.

For Black employees across the district, June 19 bears particular significance. Three faculty members have provided stories of their experiences with and reflections on Juneteenth in short essays that they’ve chosen to share with their fellow DCCCD employees.

For Eastfield’s Liz Nichols, Juneteenth is both professionally and personally significant. For Cedar Valley’s Dr. Nikki Ceaser-Small, Juneteenth not only brings back memories of her childhood, but also influences her teaching. And for Mountain View’s Dr. Janice L. Franklin, Juneteenth is a day to be acknowledged “emotionally and with some difficulty.”

The Emancipation Proclamation erroneously receives accolades as the document that “freed the slaves.” It was very much a strategy to disrupt the Confederacy and did not apply to the four slave states (Maryland, Kentucky, Delaware and Missouri) that did not leave the Union; to include them would have been too risky, as President Lincoln needed those states to remain part of the Union.

Juneteenth is important to me as a historian and the mother of four African-American children. Too often, history courses only give a cursory blurb, if any, about the African-American experiences in U.S. history. It is interesting to read the varied responses on their awareness of the holiday. Many do not know about Juneteenth; some have heard of it, but do not know the significance, and others learned about Juneteenth at home, in school or at their church. My goal in the classroom with students, as well as with my children, is to peel back the curtain and look at the untold narratives and their significance.

I grew up in a small Baptist church in Natchitoches, Louisiana, where celebrating Juneteenth became an annual tradition. At 14 years old, I remember being selected by the Juneteenth program chair, to read the Emancipation Proclamation to the congregation. The claps and the shouts from the congregation were so loud and pronounced that it set the atmosphere for the remainder of the program.

The celebration would include a host of guest speakers from the African American community. The young adults would read inspirational speeches and the choir would sing negro-spiritual songs.

Juneteenth is celebrated throughout the world in many different capacities. As I reflect on Juneteenth and the crisis that our country is facing, my heart aches. I often think, am I doing enough in the classroom, to bring awareness to every culture? As an instructor, it has always been my goal to be transformational rather than transactional and coach my students on how to become change agents. Our district serves a unique student population and throughout my tenure, I’ve quickly learned that it’s necessary to go beyond the textbook. Creating a learning environment where students have a voice, compelling conversations are had and empathy is expressed is the new pedagogy – this is when the learning truly takes place.

If the question is whether I think Black employees should be able to take June 19 off from work without penalty or reprisal, my response is yes.

If the next question is why, my response is lengthier because context matters. My response has two points, as does the 13th Amendment.

First, it should be understood that I do not celebrate the date, June 19, 1865, known as Juneteenth. I celebrate January 31. However, as a Black Texan, I was raised in the tradition of Juneteenth celebration and reunion. While I do not celebrate it, I do deeply acknowledge the date. A release from mandatory work participation is part of acknowledging the events of that date.

Secondly, acknowledgement of the date is appropriate not only because the legally freed slaves in Texas were finally released, but also because the refusal to release them was such an abuse of power exacted as a last effort to punctuate the position that their lives did not matter. They were property, listed with agriculture in ledgers, often without names attached. One does not release one’s cows, pigs, horses or chickens. Viewing the slaves as property relegated them to the same status. Delaying their release was like a steroid shot into that expression of dehumanization. This signaled for progeny that consideration for these beings was not required as one neither celebrates nor acknowledges the release of one’s agricultural assets.

140 days. That is the length of time between the passage of the 13th Amendment by Congress and the announcement in Texas to slaves. 140 days. Winter segued into summer. 140 days of being forced to wait, not because there would be such an economic boom from holding them.

This was the end of the Civil War. The economy was not on an upward trajectory between January and June 1865.

140 days. I think those days matter. Attention must be paid.

What Can You Do?

If you’re taking Juneteenth off, here are a few things you can do this Friday.