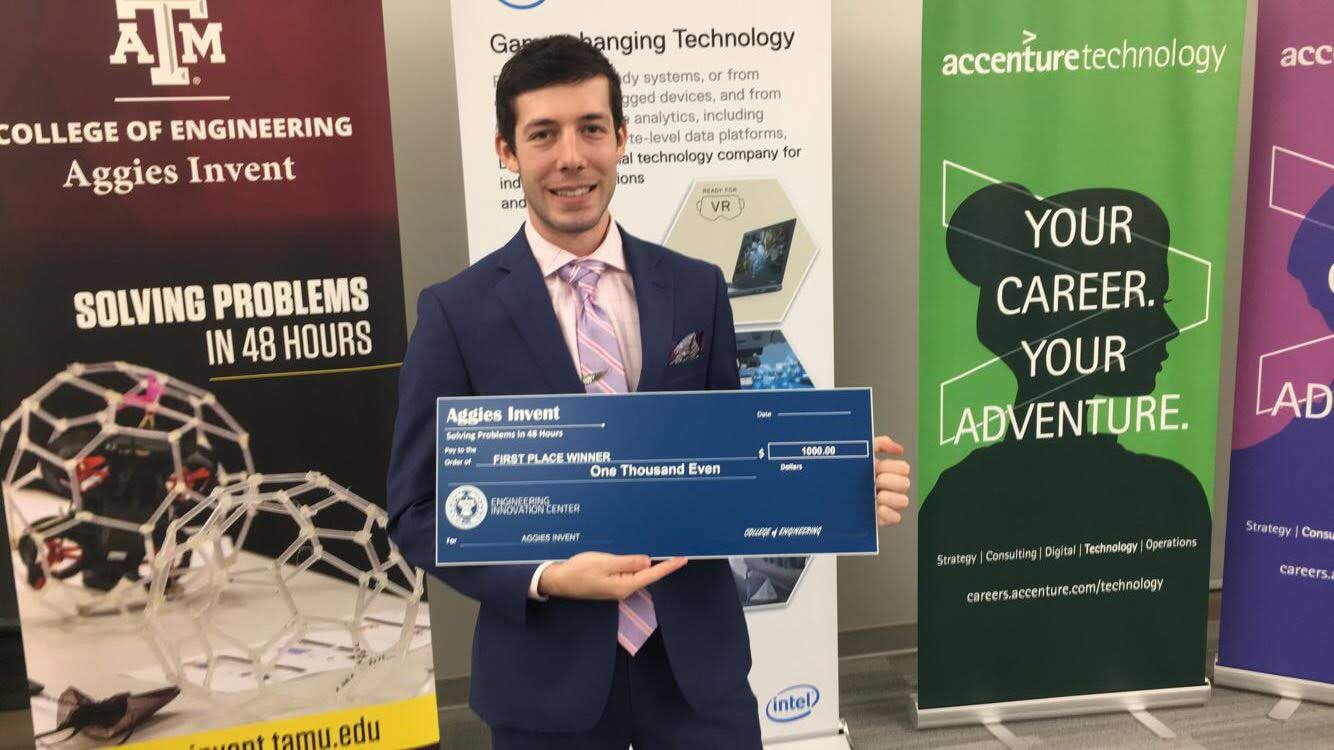 Published by Dallas College on February 6, 2019

Have you heard about the Texas A&M-Chevron Engineering Academy at Dallas Community Colleges? The colleges of DCCCD and Texas A&M have teamed up so that you can pursue your engineering degree. As part of the program, you’ll spend a minimum of one year or a maximum of two years co-enrolled at one of the colleges of DCCCD before transitioning full-time to Texas A&M University in College Station to finish your bachelor’s degree as an Aggie.

We have the inside scoop for you about this exciting program. Check out this interview with Christian, he is a current El Centro student enrolled in the Texas A&M Engineering Academy! Christian won a prestigious award from Dell and Accenture during this year’s Aggie’s Invent.

What is your favorite part about the Engineering Academy?

“I love all the opportunities!  By being enrolled in both Texas A&M and El Centro, I receive the benefits of both schools. I’ve been volunteering in the STEM Center at El Centro, tutoring students in math and science.  I just found out that they are now offering a paid tutoring job, which I think I’ll apply for. I also enjoy having the opportunity to sign up for Aggie things, like Aggies Invent, or an Aggie Hackathon.”

“I really enjoyed my class through Texas A&M. The class was ENGR 102 and is basically a Python programming introduction class. I haven’t programed before, so it was very new to me. I enjoyed applying my calculus and physics knowledge to the labs for that class. The professor was incredible and really interested in the students and the material of the class. He’s a professor of practice, so he had an engineering job a few years ago. He talks about it from time to time but can’t say much because most of it is classified. From what he did share, the whole class was in awe.”

What high school classes prepared you for college?

“Surprisingly, English and French prepared me the most for engineering courses in college. English wasn’t my strong suit and neither was French. My French teacher was very difficult and I found the class to be difficult.  I worked extremely hard in that class, more than any other class that year. Struggling through those two classes was beneficial to me because I learned to persevere through something that I wasn’t naturally good at or particularly interested in.”

What does it take to succeed in engineering classes?

“It takes hard work and good time management to succeed in engineering classes. From observing some of my peers, I noticed that a big reason some of them didn’t have an ‘A’ in the class was due to work that wasn’t turned in or attempting to do something last minute. I used to be a procrastinator in high school, but I turned over a new leaf in college, by not procrastinating and turning in work on time. There is no ‘secret’ to succeeding. You get what you put into the class.”

Tell us more about your experience with Aggie Invent and your award from Dell and Accenture.

“I’ve attended two Aggie Invent (AI) events this year. Aggie Invent is a 48-hour design competition open to A&M students (not just to engineers), followed by a 10-minute presentation where you are judged. The first AI was over the Internet of Things (IoT) which is a sponsored event. If I didn’t go to IoT, I wouldn’t have won my second AI, which was AR/VR sponsored by Dell and Accenture. I learned from my mistakes in the first Aggie Invent, so I applied all that knowledge to the second Aggie Invent.”

Ready to Start Your Engineering Career?

To get started, complete the Dallas Community Colleges admissions process, pre-qualify for the Academy and finally complete the Texas A&M application.